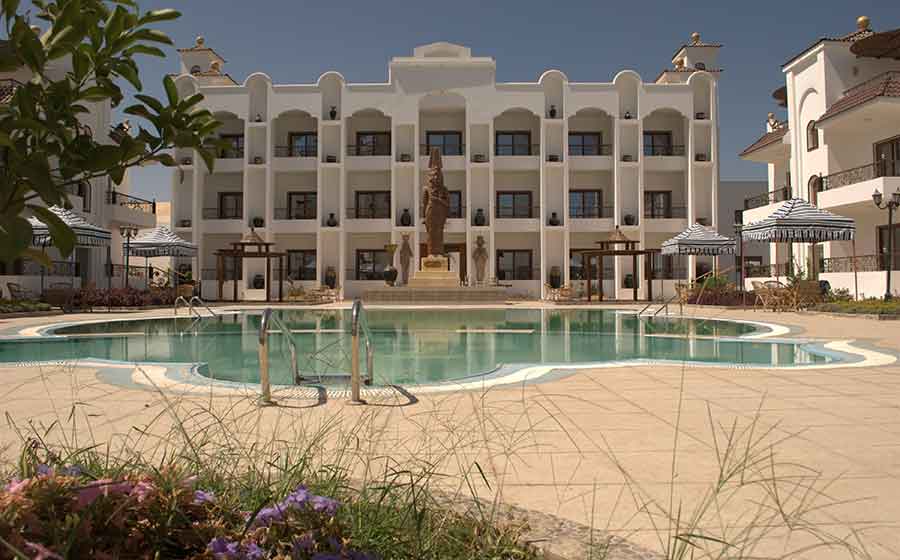 House of Life in Egyptian magazine

Sometimes we meet people who spread a positive energy inside us, others could annoy us by their existence only because of the negativity vibes that they are giving.

That’s what we would call an Aura of person which sends bold emotions to others around.

Many believe that any kind disease most likely caused by a negative energy lay deep down inside our bodies.

Considering these facts a new way of healing stands to help us out, it’s called energy healing, a process made by a professional energy healer through touching the body helping him or her by taking out negativity and re connecting the spirit  by opening new compunction channels with the universe.

Mr. Mark Campel, a Canadian energy healer and physiotherapy Processor, says to Raseef 22: “Anyone can be energy healer, because we humans are channels for the energy to go through, me my self has no privilege on that, I am just being a connection channel between any person and the universe pure energy”

Mark had been in a health care resort named “ House of life “ In Abydos , Sohag governorate and almost few hundred meters away from the magnificent  monument of Pharaoh King Seti I temple which is known as the oldest Egyptian pilgrim site for thousands of years because of  its well-known healing energy. 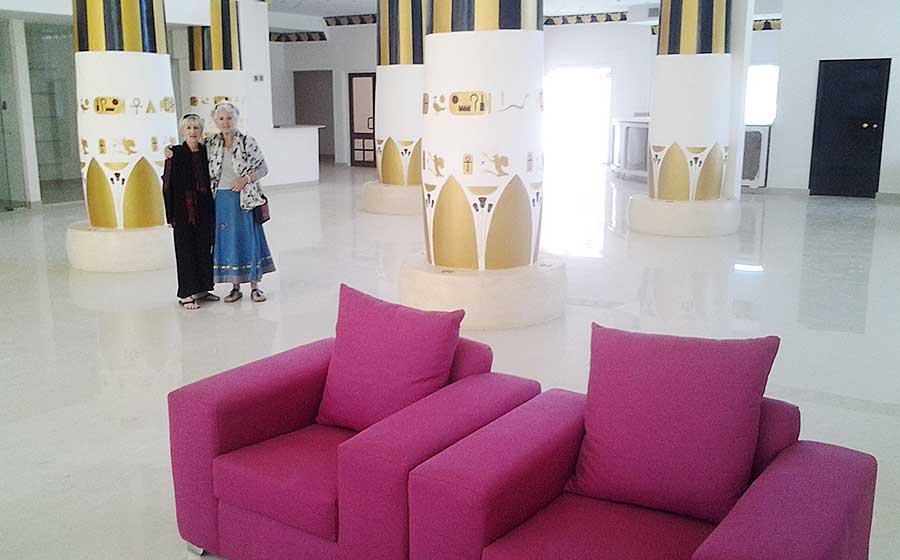 “A spirit of ancient Egyptian priestess in a British lady “

House of Lie in Abydos is the first health care and energy healing Centre of its kind in Egypt. And its was specially built in this promoted area to enjoy the energy of an old site known for its healing powers such as Pharaoh king Set I in Abydos. 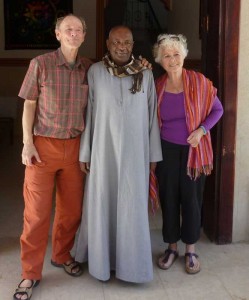 As per Hans Meihuizen, One of the resort founders, the energy in this place has been discovered by a very unique and special lady named Dorothy Louise Eady also well known as Omm Sety, as she came to Egypt from United kingdom back in the fifties, established at Abydos for many years, she officially worked in the Egyptian ministry of antiquities as co assistant for many famous Egyptologists on some of the famous excavations of the site. She was known with her healing power and encyclopedic knowledge of rituals and the energy of the place. Fortunately she left us a plenty of great and professional books about Abydos and ancient Egypt religion and rituals history. 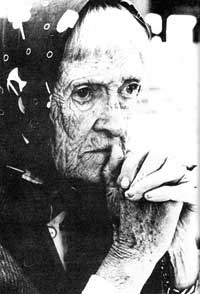 Omm Sety, believed that she was a spirit of an ancient Egyptian priestess, well many of her acts and miracles – for some – lets us say proved that she had some kind of mystical power, for a lady who left her home land, her life and her family then came to the other side of the world to live and die near the temple that she always loved of Pharaoh king Seti I at Abydos.

By time Omm Sety became an I con of the place over there, tourists, Egyptologists, energy seekers, even persons with health issues came to visit her and take a glimpse of her healing powers.

Added Mr. Meihuizen, that Omm Sety, delivered her energy power and wisdom teachings to his partner on the House of life health care center, an Egyptian gentleman named Mohamed G’hder, also known as Horus; Mr. Horus is energy healer too.

As Mr. Meihuizen continues that he came to this special area few years ago in quest for positive energy during his seeking for energy places around the world with his wife Miss Ria, the third founder of the place. After the visited the place they became totally convinced that an energy healing resort should be built in here, helping other people around the world to come and enjoys it to the fullest. Added Mr. Meihuizen that there are many guests and visitors from all over the world are coming to the place since it was opened beginning of 2015, however the idea is not well known and understood yet for many of the Egyptian majority.

“Energy healing is not a replacement of modern medicine”

On the other hand of Mr. Meihuizen opinion, it seems that some Egyptian started to realize the new spirit, and this kind of therapy.

Miss Rolla Abu Z’ed is an Egyptian interested in this kind of energy healing therapy and studying it as well.

She explains to Raseef22 one of the things that she is studying, therapy called Chromatic Healing, or color healing. It’s a process depends on measuring three colors in the human body, as follow: –

Blue, green and red during a deep mediation of these colors, a healer would be able to detect the diseased spots and cure it with a chromatic healing. Mrs. Abu Z’eed confirms that energy healing cannot replace medicine; in fact they are paralleled ways of healing.

She also clarified that any one of the guests who to go Blue Lotus therapy Centre, -a one that she attending in- is subjected to blood analysis before and after the therapy, so they can see the effects and the differences in their bodies as well. 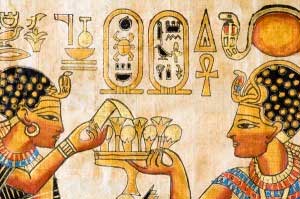 “Many people would call this Madness or even worst, witchcraft!”  Added Mr. Horus is one of House of Life health care resort owners and founders. But he is strongly convinced that energy healing would be the future of therapy in Egypt not only that, but a brilliant future for Medical Tourism too. As there are many tourists groups are coming to the place, enjoying the energy of its land and an extraordinary healing experience in such ancient sacred spot. That’s what ancient Egyptian knew and discovered, they also use this therapy beside their Traditional herbal remedies.

Mr. Horus does not see that medical therapy is really the best, as almost all drugs have side effects.

He knows that one day people will believe the fact of energy healing, as one of his many healing stories he decided to share one with us.

Mr. Yens Sanders is one of the very interesting guests who came to House of Life at Abydos. 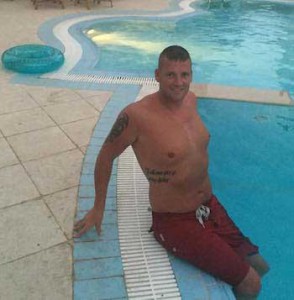 Mr. Sanders is Dutch gentleman who had un pleasant accident back in Holland by falling down from a 3rd floor which caused him life time Paralysis, he was told by many doctors that he won’t be able walk on his legs again, but he is confirming that since he came to House of Life and starting energy healing course with Mr. Horus, his health is getting better and he was able to move his legs, sometimes feeling it too as shown in the above enclosed picture for him enjoying resort swimming pool. He is keeping his annual visits to House of Life seeking a relieving therapy.

Wither you believe in energy healing or not, you should give this ancient original unique therapy, a try once in a life.